As I mentioned in one of my blog posts from last year (A Summer in China), traveling with Jim is always an adventure. He quickly made friends with a family of a boy he was giving skating lessons to and they then invited us to spend the weekend with the boy’s grandparents in a village about an hour outside of Hangzhou. He was quick to accept despite their warnings about the absence of air conditioning. He did call me quickly after he accepted to make sure it was ok :-). I was a bit hesitant not knowing what the accommodations would be like but am learning to take things as they come. While the adventures we (read: he) has accepted for us have often come with various challenges, they have also taken us on amazing adventures…

The trip to the village was no different. I had some thoughts about what staying with a family in a small village in China would be like but I won’t illustrate my ignorance by sharing them here. On our train ride from Shanghai to Hangzhou Jim and I had noticed many large houses in between the more densely populated cities. In the village we visited we saw these large houses up close. The house we stayed in was 4 stories high with a rooftop deck above. 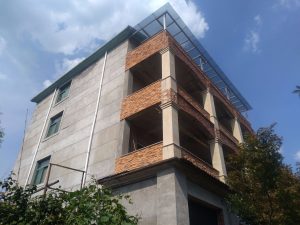 It turns out the Grandparents moved to this area in 2000 and lived in a separate building which is now the kitchen. 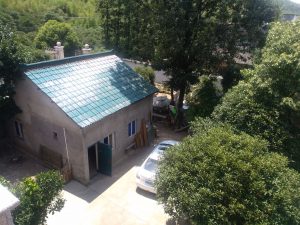 The Grandfather then began to build the larger house. When we arrived we were shown to our room. The interior of the building is rustic and still in the process of being finished but the room we stayed in was large and had it’s own washroom including a shower. We found out later that the home has eight bedrooms each with its own washroom and shower, and has an additional washroom on the main floor – nine washrooms!!! Even without air conditioning we slept fine — we certainly never expected to stay in such luxury in a small Chinese village.

Here is a picture from the top floor down through the staircases: 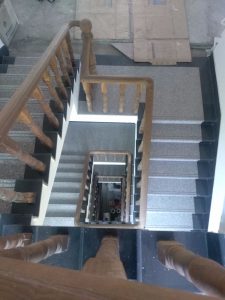 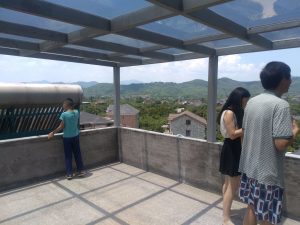 The view from the roof: 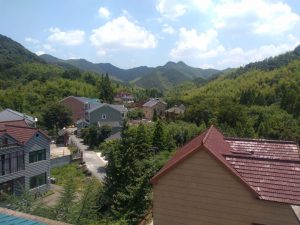 Next we met the ducks: 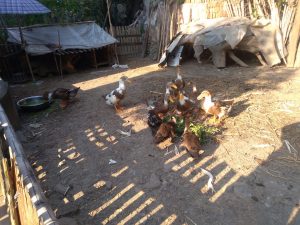 Then Grandma served up huge lunch she had prepared for us.

Following this we visited her garden. In her garden she was growing many crops including corn, sweet potatoes, eggplant… 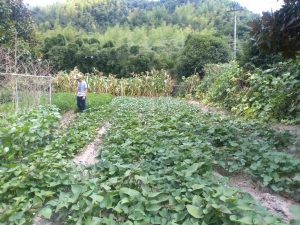 …and peanuts! This was something neither of us had experienced before. We pulled up peanut plants… 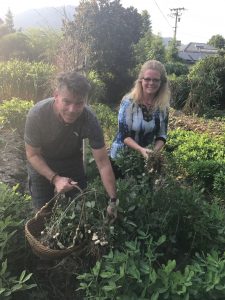 …we pulled the peanuts from the plants… 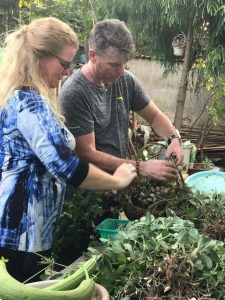 …and then they were boiled in preparation for dinner.

The flavour had only a remotely peanut taste which had a sweetness we were unfamiliar with. Fresh peanuts are something so unfamiliar to us that a few days prior at a restaurant we were served peanuts that were soft – we didn’t eat them thinking there was something wrong with them but now we know!

We also took a walk through a bamboo forest to the village water reservoir. 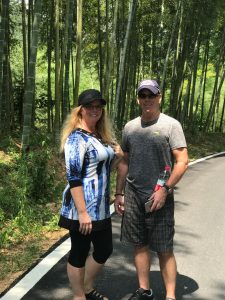 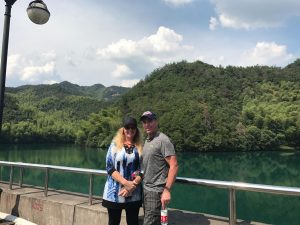 This was followed by a swim in a beautiful lake. The temperature outside was about 41º and while we enjoy the heat, a dip in a lake was something we were looking very forward to. The surprise in this lake was that the water was about the same temperature as the air. If you kicked around enough you could enjoy some cooler water from about 4 feet below the surface. 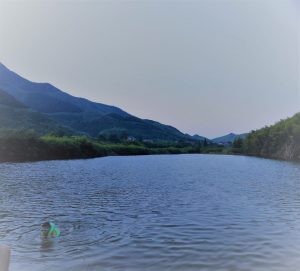 On the second day we spent a good part of the day preparing for dinner – dumplings! In the morning we cleaned up the leeks. The leeks we prepared were tiny compared to those I am familiar with purchasing at a grocery store in Canada. They more resemble chives. We also prepared sweet potato vine and pumpkin vine – both to be served with our dinner. 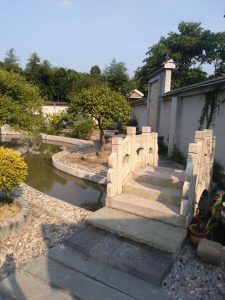 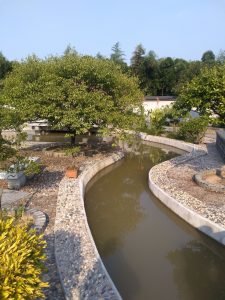 …and another swim in the lake, we returned to make the dumplings. 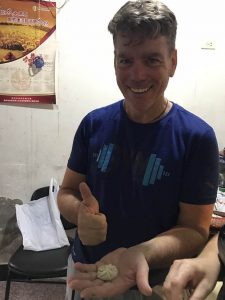 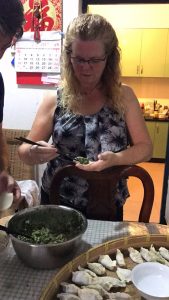 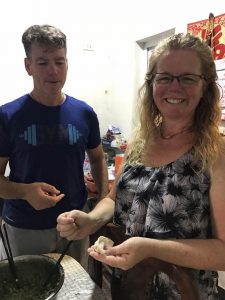 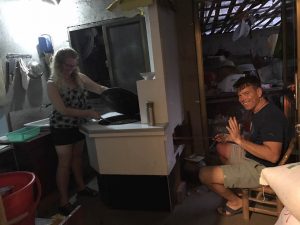 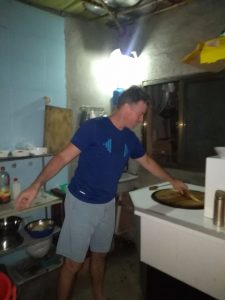 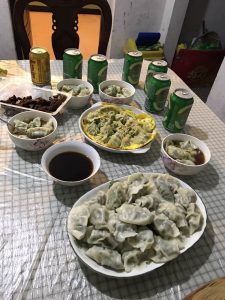 These pictures are a bit (Ok, alot) of a misrepresentation making it look like we did all of the work. Truth is we fumbled our way through but were good posers and they took many pictures but they did the majority of the meal preparation :-).

Once again on this adventure we were humbled by people’s friendliness and generosity. We were so warmly welcomed into their home. In spite of the language challenges (translation apps are so handy!!) we had great conversations and many laughs as we learned about the similarities and differences between our lives and cultures.

We had a very enjoyable visit to this small village and were very grateful to this kind family for hosting us.

2 thoughts on “Weekend trip to a Village”

Thinking UDL by Anita Strang is licensed under a Creative Commons Attribution-Noncommercial-No Derivative Works 2.5 Canada License.
↑ Back to the Top
Skip to toolbar